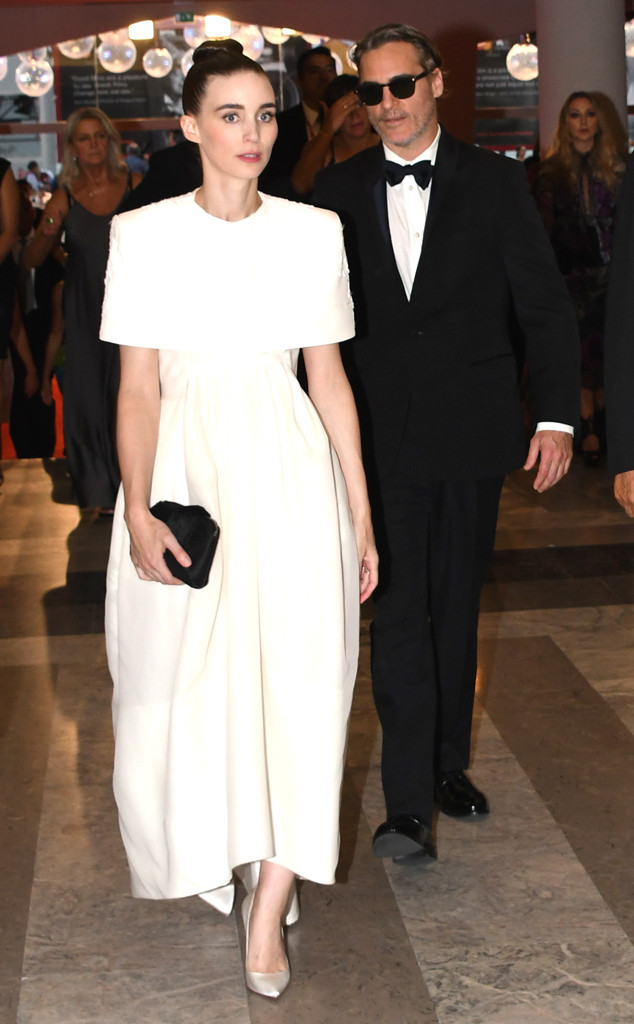 Rooney Mara is a vision in white!

The 34-year-old actress dazzled at the 2019 Venice Film Festival in a striking white Givenchy dress that she paired with matching satin heels. For her beauty look, she opted for something sleek and minimal, wearing a high-bun and fresh-faced makeup.

If anything, her chic ensemble gave off bridal vibes and she looked like a spitting image of Audrey Hepburn in the movie Funny Face. In fact, Mara’s dress was eerily similar to the one Hepburn wore in the film, which was also a Givenchy dress.

What’s more? The Mary Magdalene star joined her rumored fiancée Joaquin Phoenix for the premiere of his upcoming movie, Joker. While the two didn’t pose together on the red carpet, cameras did catch a few sweet moments of the pair, including one of the 44-year-old actor looking smitten over his leading lady as she took the spotlight. 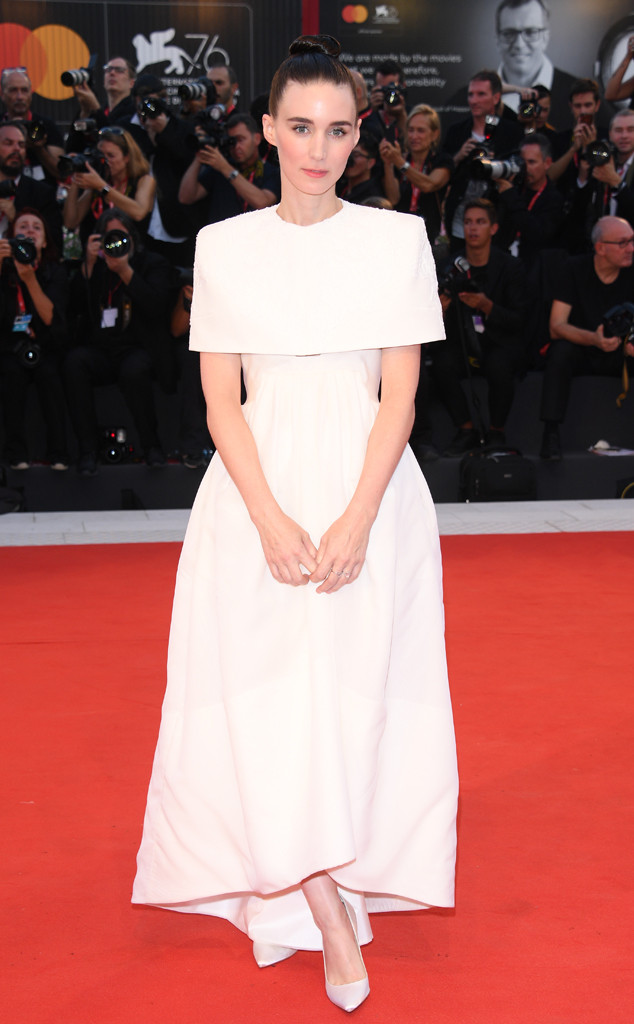 Earlier this year, the notoriously private couple sparked engagement rumors after Rooney was spotted wearing a massive diamond ring on that finger. However, the two have yet to confirm if they’re engaged or not.

That’s why her outfit of choice at the Venice Film Festival is certainly making a statement.

While little is known about the couple’s relationship, the two were first romantically linked in early 2017. They were seen on a wellness retreat together, and four months later, the celebrity pair confirmed their romance.

In fact, they put their love on display at the Cannes Film Festival, as they walked the red carpet hand-in-hand.

Fans of the couple will know that they have off-the-charts chemistry, especially after working together on two different movies. In 2013, they co-starred on the Oscar-nominated film, Her, and shared the big screen once again in 2018 for the film, Mary Magdalene.

Fast forward to now, and they look happier and more in love than ever.

Don’t miss E! News every weeknight at 7, only on E!