After Rihanna failed to make good on her promise of new music in 2019, fans were losing hope for a follow-up to the singer’s Grammy-nominated album Anti. With a booming fashion and cosmetics empire at her fingertips, it seemed Rihanna’s focus really had shifted away from music for good… until now.

Rih-Rih took to Instagram on Thursday with a photo not only confirming that she’s back in the recording studio, but that she’s collaborating with The Neptunes—Pharrell Williams‘ hip-hop duo.

“gang. back in da STU,” she captioned a photo of a soundboard.

In a recent interview with The Cut, the 31-year-old teased the exciting album update. 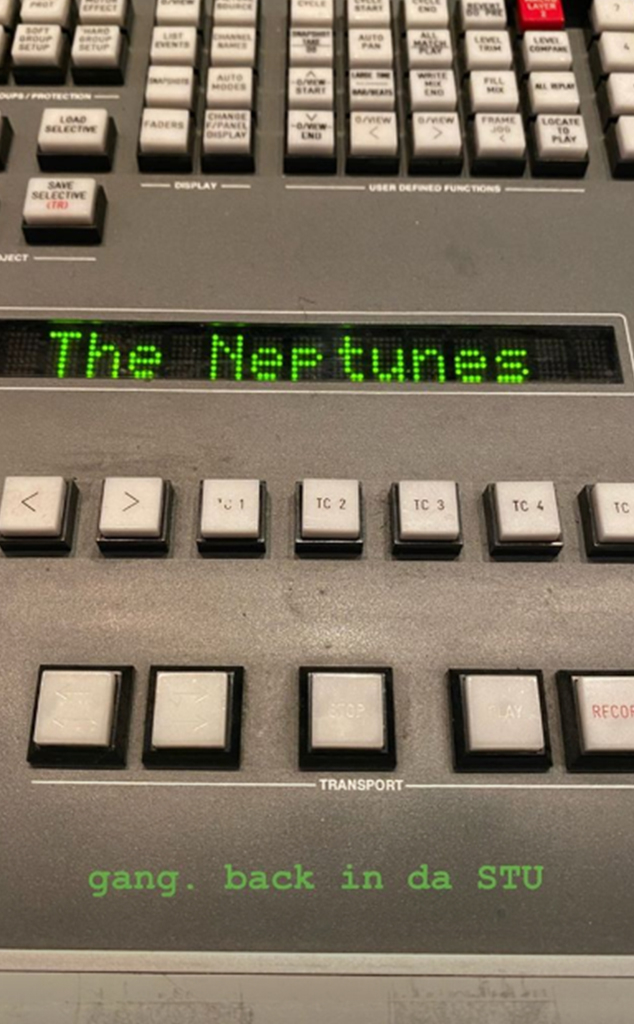 “I’m going to be in the studio,” she shared when asked about her Valentine’s Day plans. “I’m so excited actually. I can’t say who I’m working with, but it’s somebody I’ve been wanting to work with him for a long time.”

Between a rumored romance with A$AP Rocky and launching her latest Fenty collection during New York Fashion Week, there’s never been a better time to be Ms. Robyn Fenty.

As she described to E! News during NYFW, “This never seemed like a dream that was possible. I don’t even think these were a part of my dreams. I just wanted to make music that was heard around the world. Being famous was not even part of my dream. That came and I was like, ‘Woah, I didn’t think about this part.’ But having that creative space and having different outlets goes right in line with music and creating… With fashion, it’s no different. Just different material.”

Emilio Estevez Back In Character For 'Mighty Ducks' Reboot

Robert Pattinson as 'The Batman' Revealed in Quick First Look

Robert Pattinson as 'The Batman' Revealed in Quick First Look