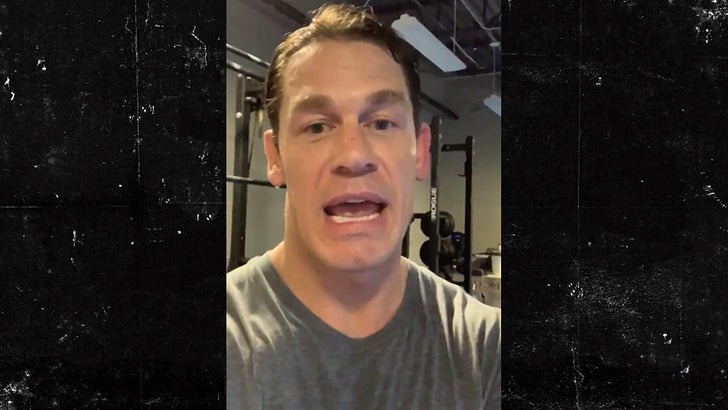 John Cena‘s putting LOTS of money where his mouth is … donating $500,000 to first responders helping to battle the California wildfires.

“Right now, California is in dire straits,” the WWE superstar said in a video … “It is burning. It is under siege from massive wildfires statewide.”

And, as fate would have it, Cena also happens to be promoting his new movie, “Playing With Fire” — a comedy about firefighters which opens next month.

Cena says shooting the movie has given him an even greater appreciation for people on the front lines battling the blazes … so with the Kincade Fire, Tick Fire and Getty Fire raging, he’s decided to reach into his own pocket to help out.

“On behalf of ‘Playing With Fire’ and out of respect to the people who I truly believe are heroes, my response will be to immediately donate $500,000 to this cause,” Cena said.

“In times like this, when people are giving their lives and working around the clock, what they need from us is resources.”

Cena challenged the studio behind the flick, Paramount, to pick the charity where his donation will land … but says he’s more than happy to write the check when they figure it out.

Props to Cena for helping out … while masterfully promoting his movie at the same time.