Hannah Brown May Have Found a Reason to Be The Bachelorette

Valentine’s Day may be over, but Hannah Brown is still hoping Cupid strikes.

Over the long holiday weekend, the former Dancing With the Stars contestant took to Instagram Stories to share a personal update about her search for love through dating apps. As it turns out, it’s not as easy as you think.

“Guys, I don’t know if you know this but I was the Bachelorette and I can’t get on Raya. I’ve been on the waiting list for months now,” she shared. “I’m done. Christian Mingle here I come.”

Hannah added while laughing, “I might not be allowed on Christian Mingle at this point but Jesus still loves me.” LOL.

As Bachelor Nation fans know, Hannah didn’t have the best of luck with her final two guys on the show. She quickly broke things off with her winner Jed Wyatt and a second chance with runner-up Tyler Cameron proved to be unsuccessful.

But despite the disappointments, Hannah is still more than hopeful about love. 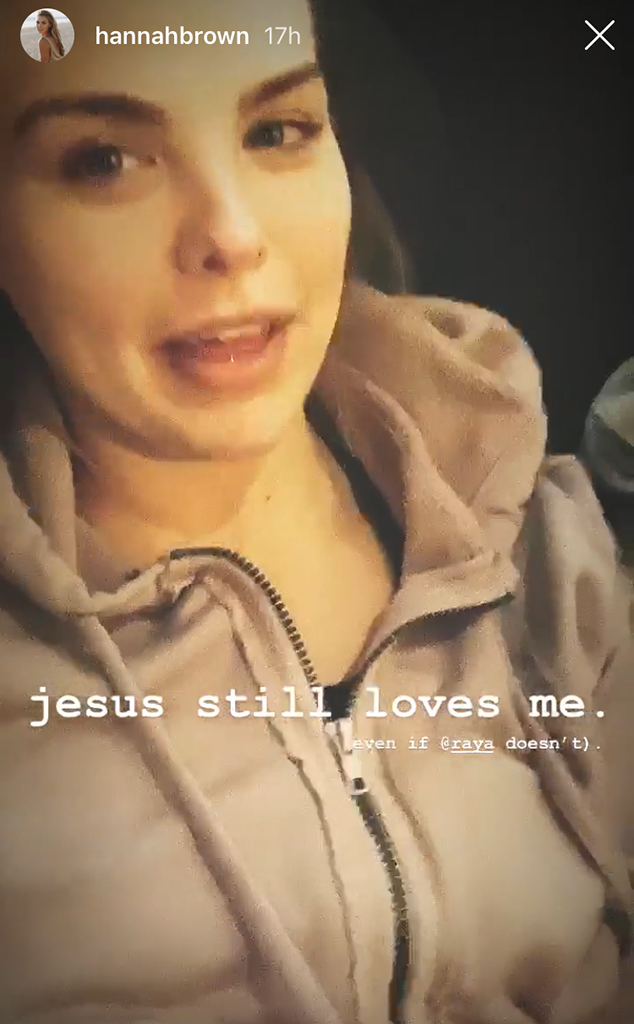 While appearing on iHeartRadio’s Scrubbing In With Becca Tilley and Tanya Rad podcast, the reality star was asked if she would return to ABC for another season as The Bachelorette. While her answer wasn’t a no, it certainly wasn’t a yes either.

“I don’t know if I would do it right now. I’m trying to focus on what I have right now and that’s building a home and working on other opportunities. I may not have found love but I did find myself,” she shared during Scrubbing In Live at the Roxy Theatre. “I have more confidence in what I can do and working towards that, I got a weird platform to have a career in a way I never thought I would and to be able to have a community that is so great, that supports me. My Team Hannah B people are the best. They have my back and I love it.”

And despite all the ups and downs of trying to find love on TV, Hannah still has romance on the mind. After all, good things happen when you least expect it.

“I’m still currently just sitting at a coffee shop waiting for somebody to happen,” she joked on the podcast. “I think that being the Bachelorette is a way to find love. I don’t think it’s my only option though so I’m still having hope with the coffee thing in hopes that somebody will show up but I do think there was a lot of good that came out of it.”

The Bachelor with Peter Weber airs Monday nights at 8 p.m. only on ABC.

You Have to See Sharon Osbourne’s Hair Transformation