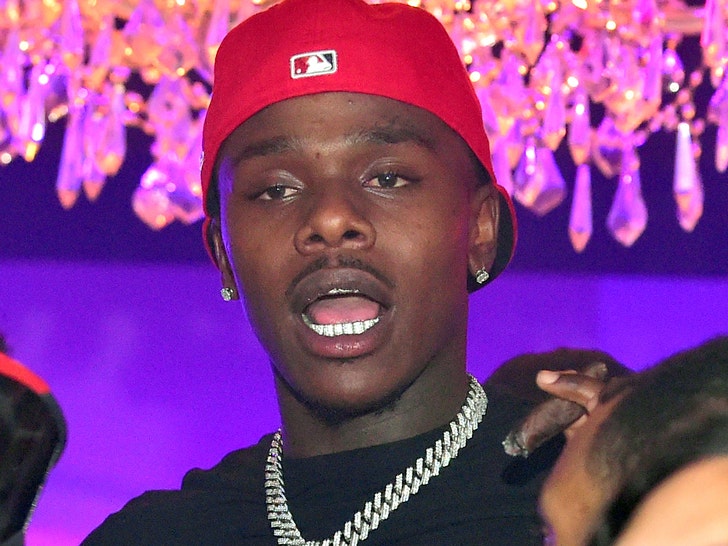 DaBaby‘s facing a second lawsuit in less than two weeks … this time from a promoter who is pissed the rapper bailed on a gig after his crew allegedly beat the crap outta another rapper.

Nothing To Something ENTertainment is suing DaBaby claiming it’s out tons of cash after the rapper bailed on a scheduled gig back in May at Centro Night club in Lawrence, MA. According to docs, obtained by TMZ, the promoters say they paid DaBaby up front and also shelled out thousands to promote the performance but the rapper dipped out before it even began.

As we first reported … DaBaby’s posse beat another fellow rapper to a pulp, sending him into a coma. The alleged victim, Don Trag, had also been scheduled to perform at the same venue. His family told us Trag just wanted a pic with DaBaby, who turned him down.

Sources close to DaBaby had said Trag was overzealous … and when Trag kept getting turned down, he started talking smack. That’s when DaBaby’s crew unleashed a beating. Trag sued DaBaby for injuries to his head, neck and spine. The promoters are now going after DaBaby too.

DaBaby at the time had said he left because he feared for his safety. The promoters were willing to cut him some slack and reschedule the gig. But, it appears DaBaby never got on board with that … so the promoters are now suing for breach of contract.