Billy Porter’s Regal Oscars After Party Look Does Not Disappoint 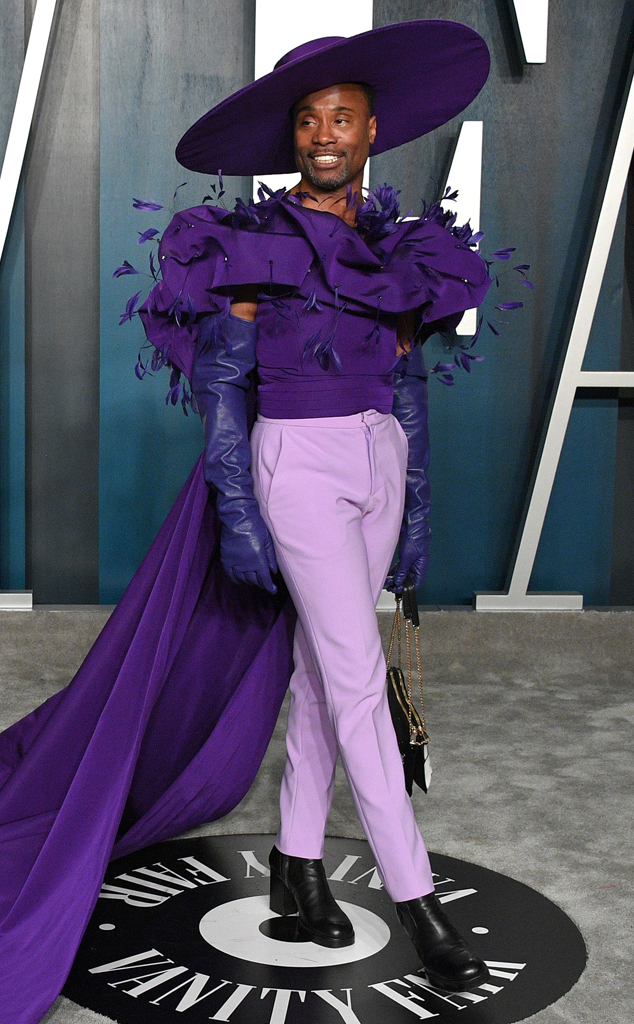 He’s back at it again!

No one’s style game is stronger than the iconic Billy Porter. The Pose actor showed up and showed out at the 2020 Oscars wearing custom couture by Giles Deacon. While many thought the surprises were over, Porter hit the Oscars after parties looking absolutely ravishing in a stunning purple ensemble.

Porter jumped from the classic Vanity Fair Oscar party to Elton John’s Oscar party while rocking different shades of purple, with a beautiful flowing cape and a oversized hat. Plus, you couldn’t possibly miss the handbag he was rocking at one point in the evening, that made a huge statement. Porter’s bag had the words “F–k U Pay Me” written across them, which was clearly a message for the powers that be in Hollywood.

Siriano also designed Porter’s daring gown that he wore at the 2019 Oscars, making him the first man to ever rock a gown on the iconic Hollywood red carpet. A moment that was not only history making for Porter, but also a career highlight for Siriano he shared with E! News.

“It’s so great, because I think a young generation feels like they can wear what they want to wear,” Siriano shared. “Which is really cool. That’s the best part of it, actually.”