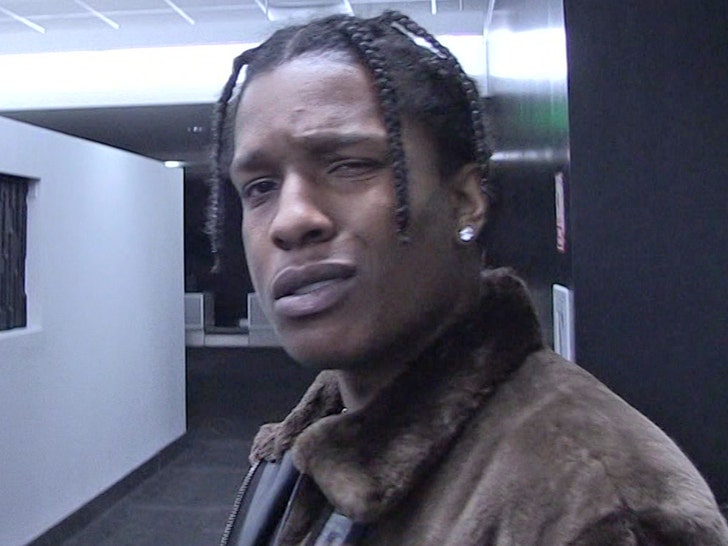 A$AP Rocky is in even more trouble than we thought, because Swedish authorities have just made it clear … they have no plans to release him anytime soon.

Swedish prosecutors are asking a judge to allow them to hold A$AP Rocky and members of his crew for 2 weeks, while they investigate the alleged assault Tuesday for which he was arrested. Swedish authorities are normally allowed to keep people for only 3 days, so they are clearly gunning for him.

And, there’s even more ominous news. As you know, authorities jumped into action after a video surfaced of A$AP and his crew pummeling a guy on the street, leaving him battered and bloodied.

It’s unclear if authorities saw that second video before they arrested A$AP, but they have seen it now. What’s really significant … Swedish prosecutors tell us they are releasing the bodyguard now due to “insufficient evidence” but they are not releasing A$AP. That suggests the second video doesn’t do it for prosecutors, and they still view this as an assault.

This is really serious for A$AP … if convicted, he faces 6 years in prison.